Mistakes I Made Before Visiting The Imperial City of Hue 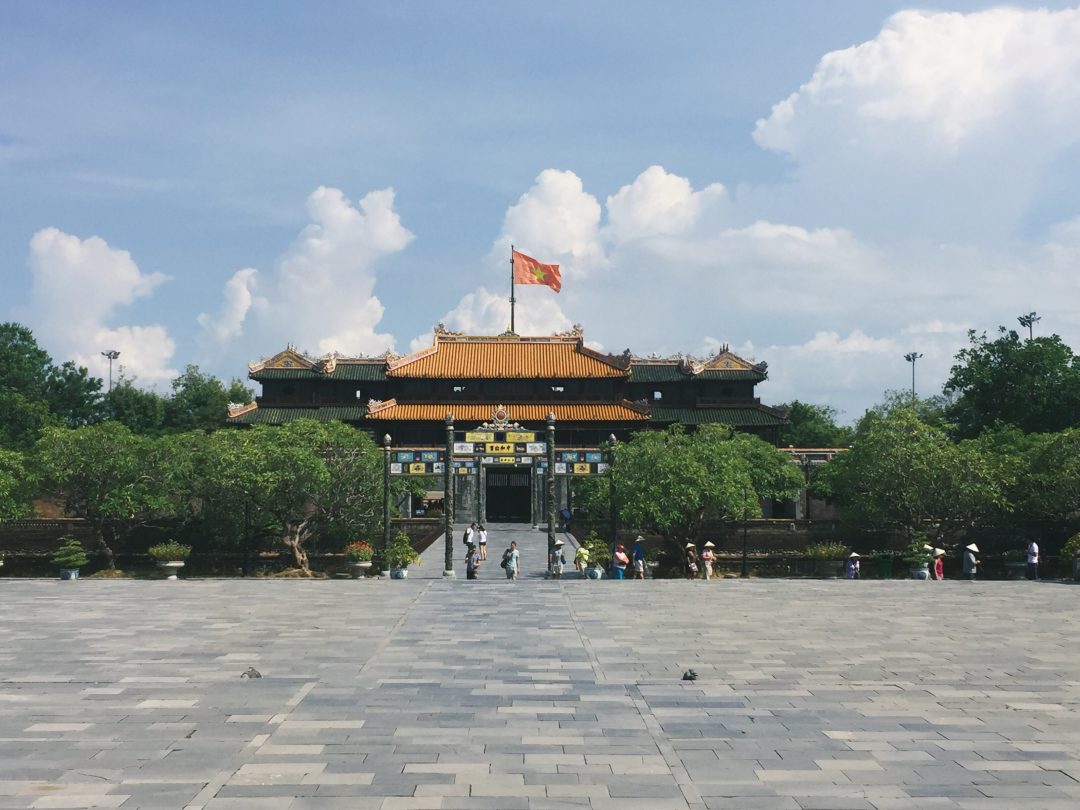 Hello, fellow readers and welcome to another Vietnamese instalment of Kaptain Kenny.

FYI* If you’re looking for something else ‘Vietnamese’ but not this, try clicking on the following links:

Why You Need to Put Hoi An on Your List

Things To Do In Danang, Vietnam: Monkey Mountain

As some of you may know, I had been based in Danang for a mere 48 hours before deciding to embark on my first day trip in Vietnam. I’d heard a lot about visiting Hue’s Imperial City as a kind of ‘must-do’ when in the area and if I’m completely honest, I didn’t know anything about it before the trip.

Ridiculously, I hastily booked a day trip with a “no research done prior” company promoting their ‘English-speaking’ guide, because… YOLO. *Insert eye-rolling emoticon.*

My guide was able to say yes and no and even then, she often got those confused.

“Hello, my name is Phoebe, what’s yours?”

In retrospect, I should have done some reading up before going BUT not to worry. However, the power of the internet prevails and I have some nice snippets of information for you below.

I should also point out that the bus was full of Vietnamese people and I was the only foreigner. Yay! 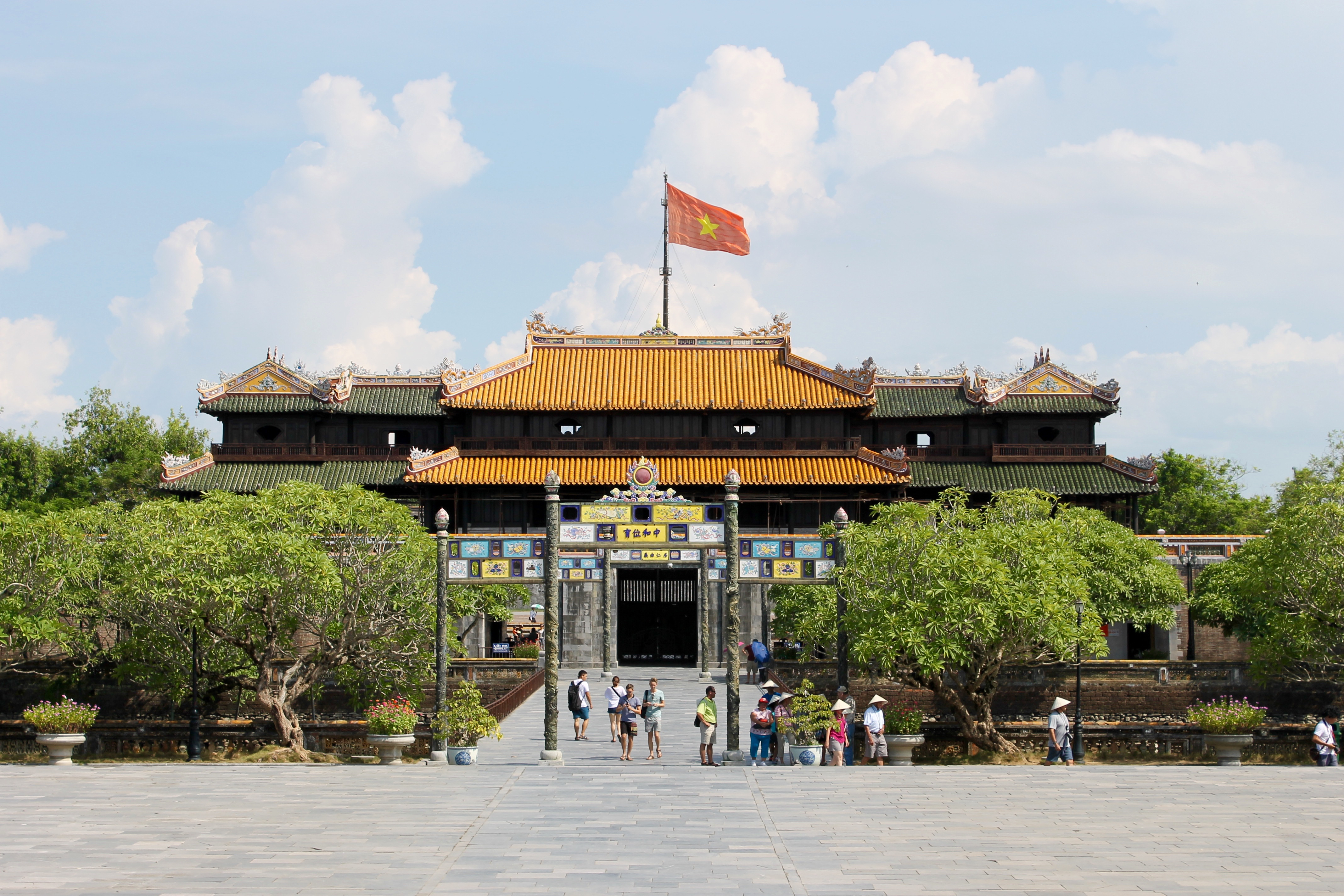 Additionally, I made a few rookie errors – yes that’s RIGHT. Kaptain Kenny is admitting defeat! Would you like to know my shortcomings? 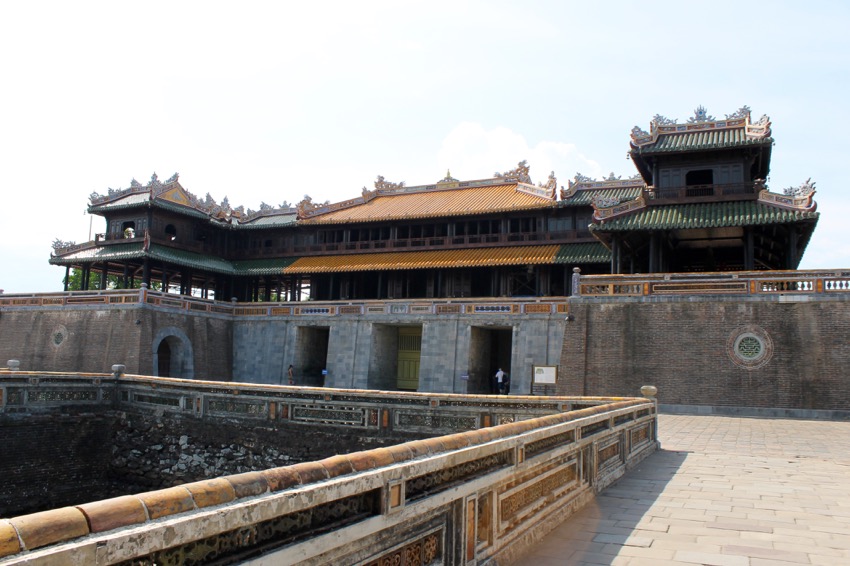 Established as the capital of unified Viet Nam in 1802, Hué was not only the political but also the cultural and religious centre under the Nguyen dynasty until 1945. The Perfume River winds its way through the Capital City, the Imperial City, the Forbidden Purple City and the Inner City, giving this unique feudal capital a setting of great natural beauty.

As you first enter the grounds, you’ll become immediately aware that you’re in the presence of something grand! At first, I thought this place contained influences from China. It turns out (according to the internet and NOT my guide) that I was right! 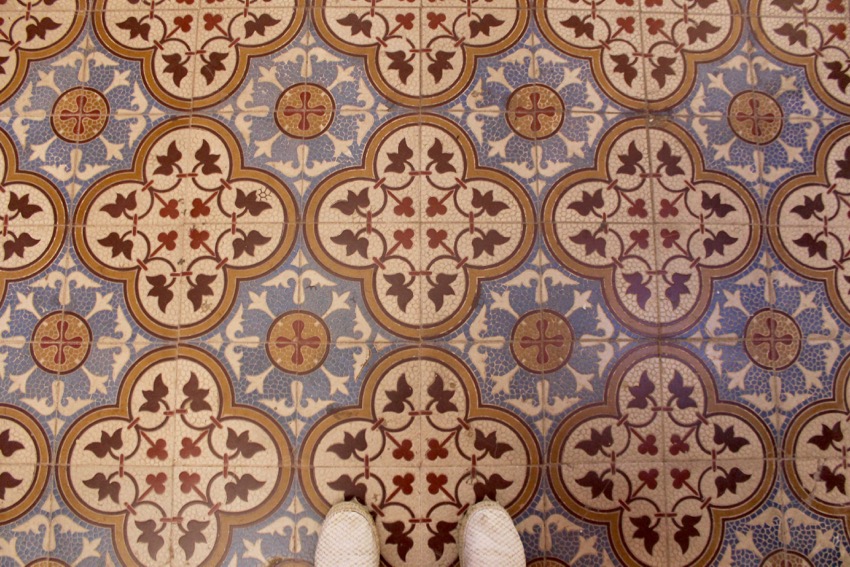 *The following information has been taken from a historical site and will be linked at the end.*

The Imperial City at Hue is the best-preserved remnant of a vast citadel and royal quarters that once existed on the site. To put the ruins into context, it is important to consider how they were originally used.

In the early 19th century the Emperor Gia Long consulted geomancers to find the best place to build a new palace and citadel. The geomancers chose the present site at Hue. The Emperor wished to recreate, in abbreviated form, a replica of the Forbidden City in Beijing. At his command, tens of thousands of labourers were conscripted to dig a ten kilometre moat and earthen walls to form the outer perimeter of the citadel. 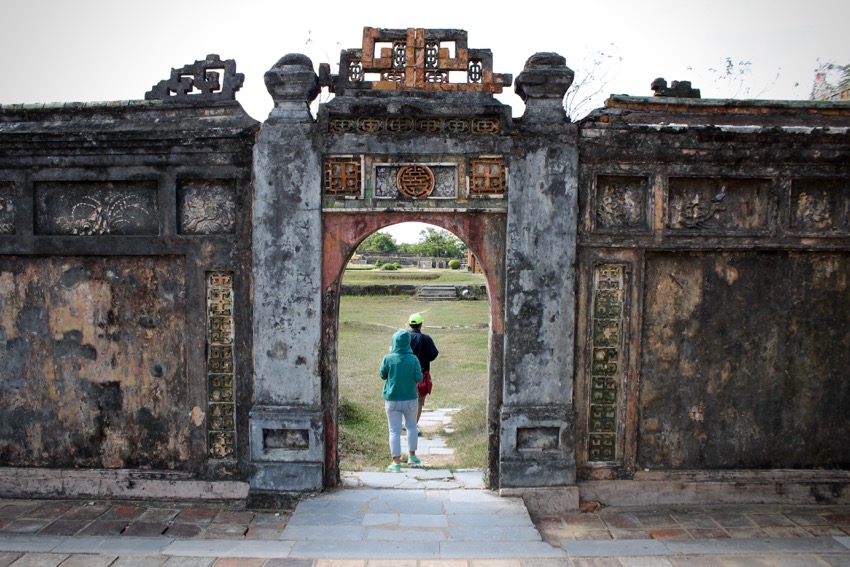 Look at these gorgeous ‘old stones’ as my German-in-laws would say.

The Emperor decided to locate his own palace within the walls of the citadel along the east side nearest the river. A second, smaller set of walls and moat defined the area of the “Purple Forbidden City,” where the Emperor built a network of palaces, gates, and courtyards that served as his home and the administrative core of the Empire. 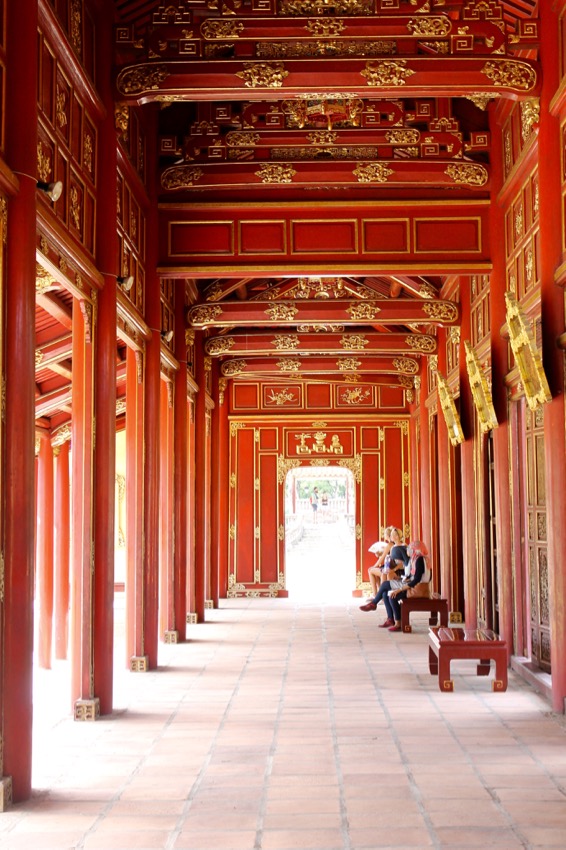 If you ask me, red and gold remind me a lot of Chinese architecture. They also happen to be the colours of the Vietnamese flag. 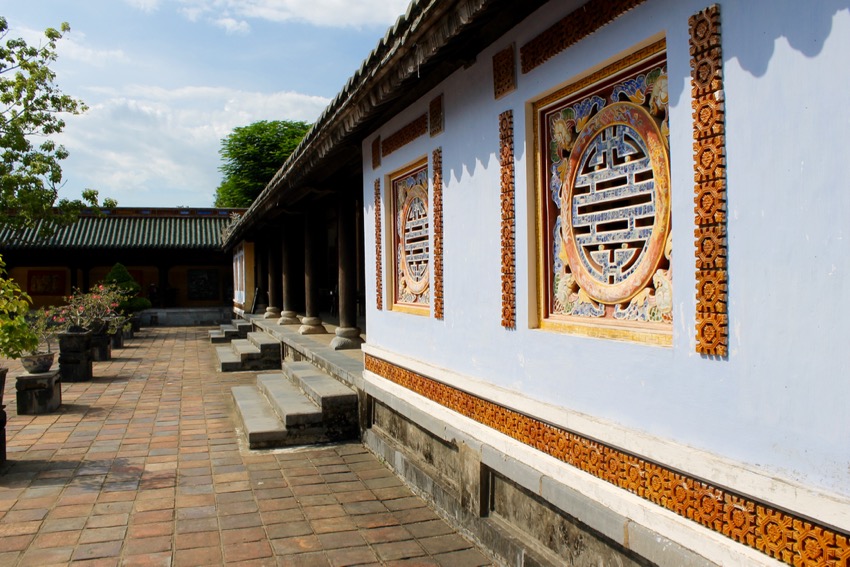 By the time the last Emperor of Vietnam stepped down in the mid 20th century, the Purple Forbidden City had acquired many dozens of pavilions and hundreds of rooms. Although improperly maintained (the city suffered from frequent termite and typhoon damage) it nevertheless remained an imposing spectacle. All of that changed in 1968, when American military forces in Vietnam, reacting to the communist takeover of Hue, ordered the city retaken. American bombs blasted the majority of the city into rubble, sparing only a handful of buildings. 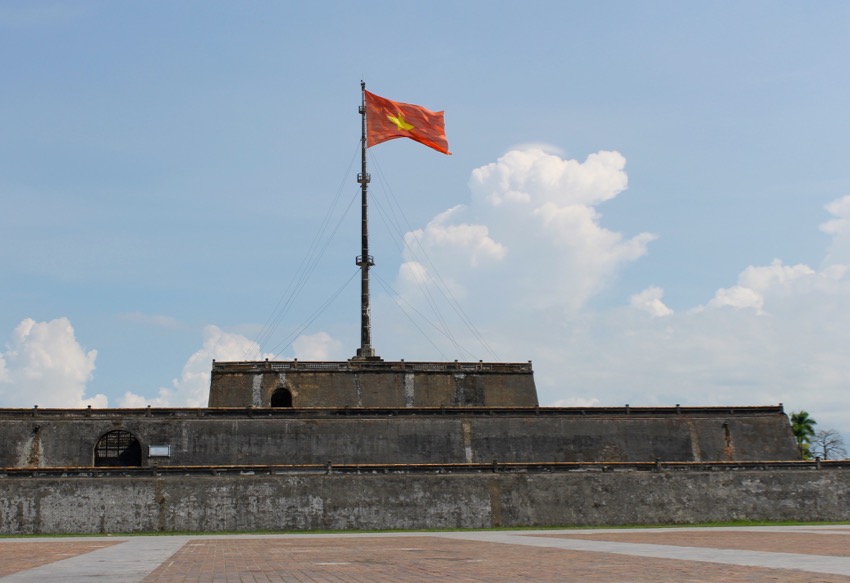 See! Proof that I wasn’t lying above. 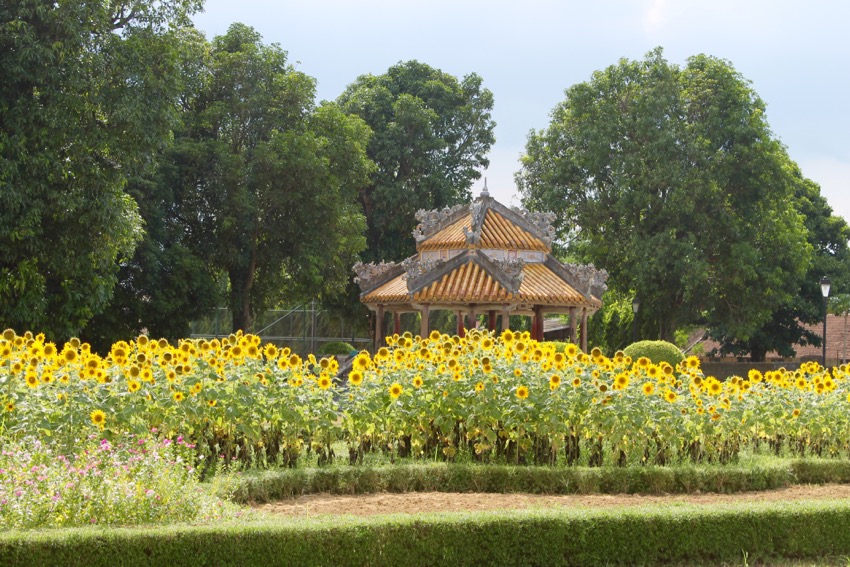 A field of sunflowers. 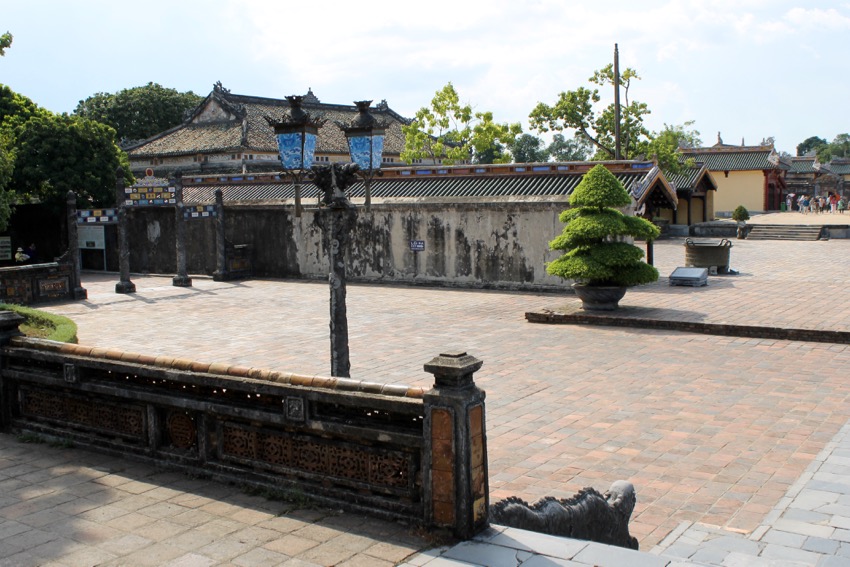 Peering out over the Purple Forbidden City.

Nowadays the city has been declared a UNESCO site and the remaining buildings have been lovingly restored. But, much of the site was so badly damaged that it has been given over to vast rice fields that cover most of the Purple Forbidden City. Even so, the remaining buildings are sufficient to give the visitor a sense of how the Vietnamese interpreted Chinese imperial architecture and adapted it to their culture.

Information has been taken from: 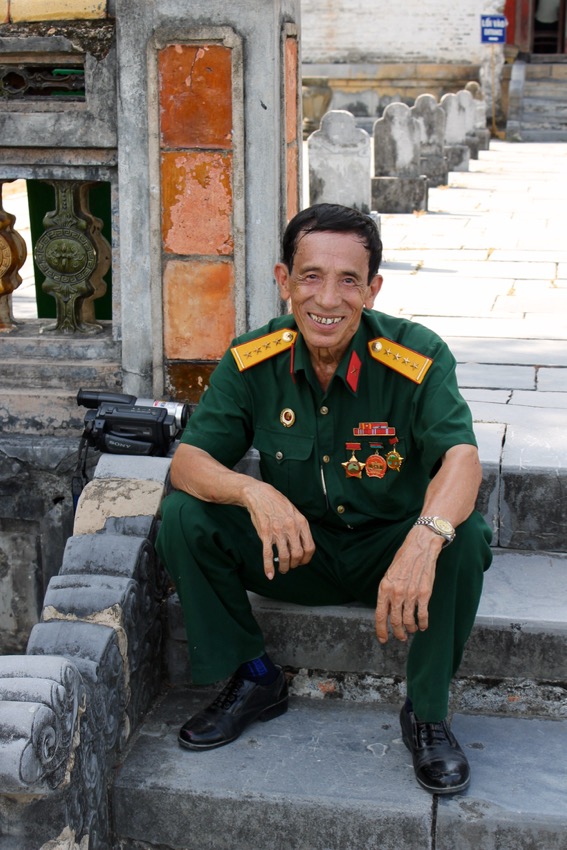 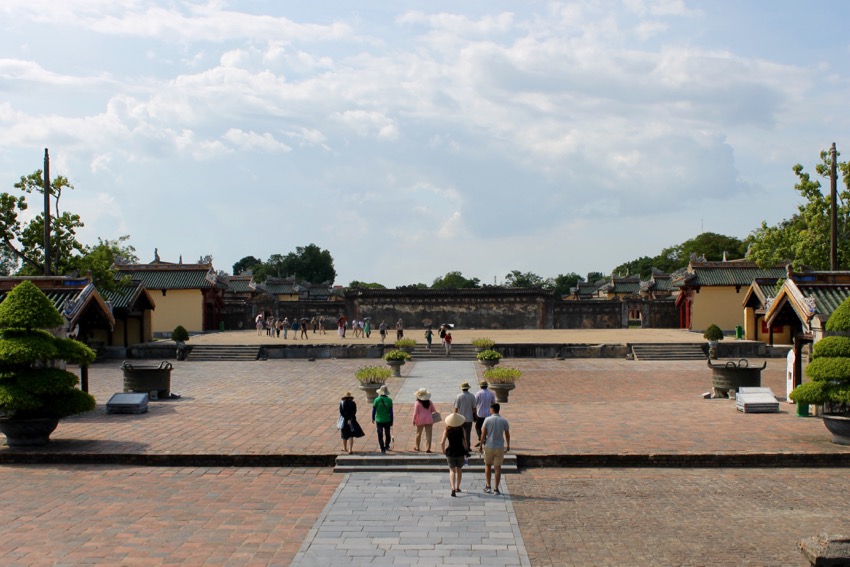 Scorching hot. If possible, bring a full body suit which covers absolutely everything except the eyes. For your eyes, bring sunglasses. Then you won’t sizzle like I did. 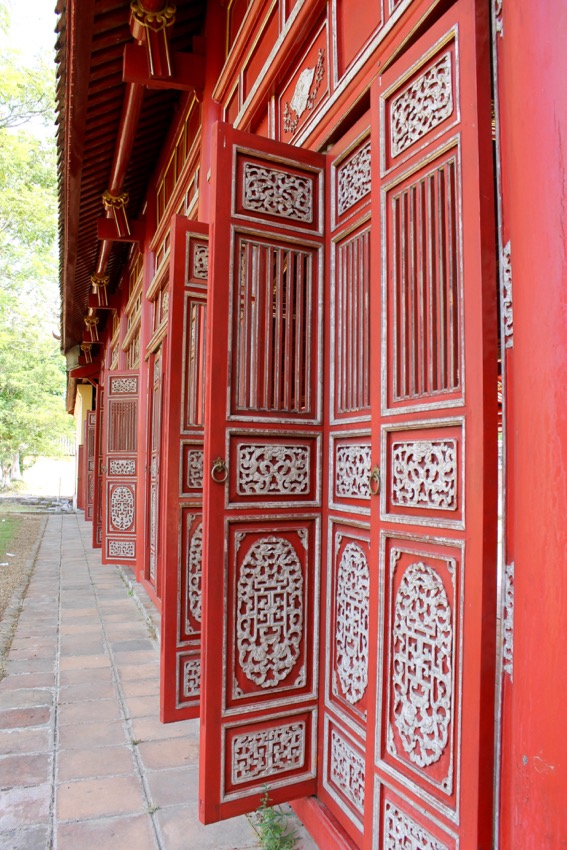 Here are some basic Vietnamese phrases for you when you travel:

NB* After two weeks in Vietnam, I’m now 100% fluent and expect you to be the same. 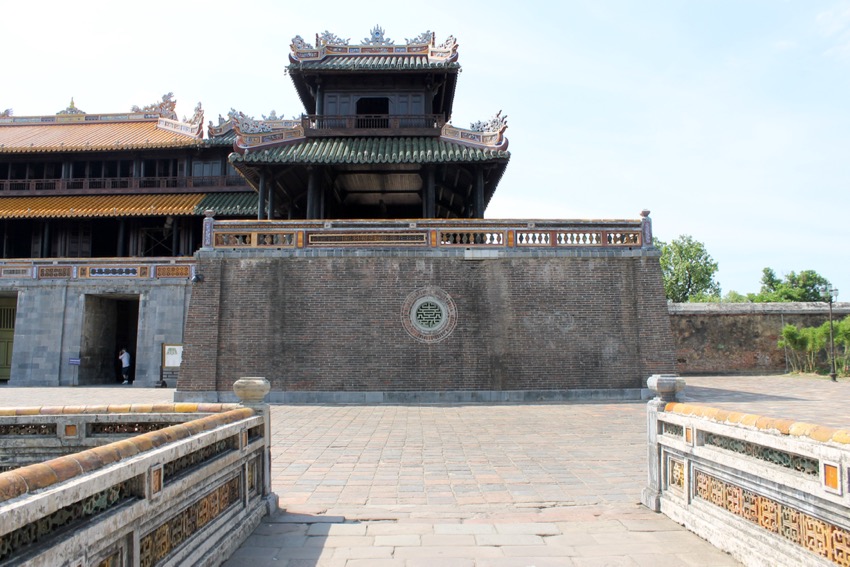 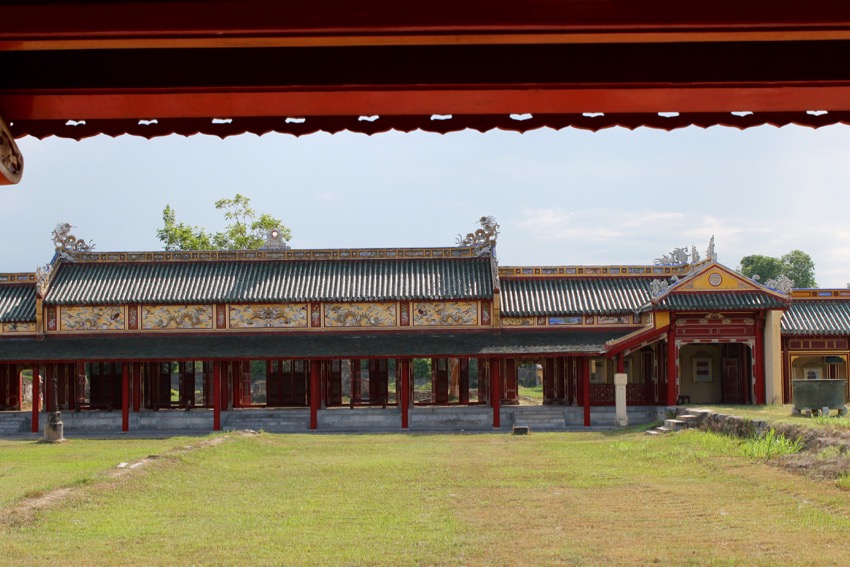 I like what I see but WHAT am I looking at??? Regrets, regrets…. 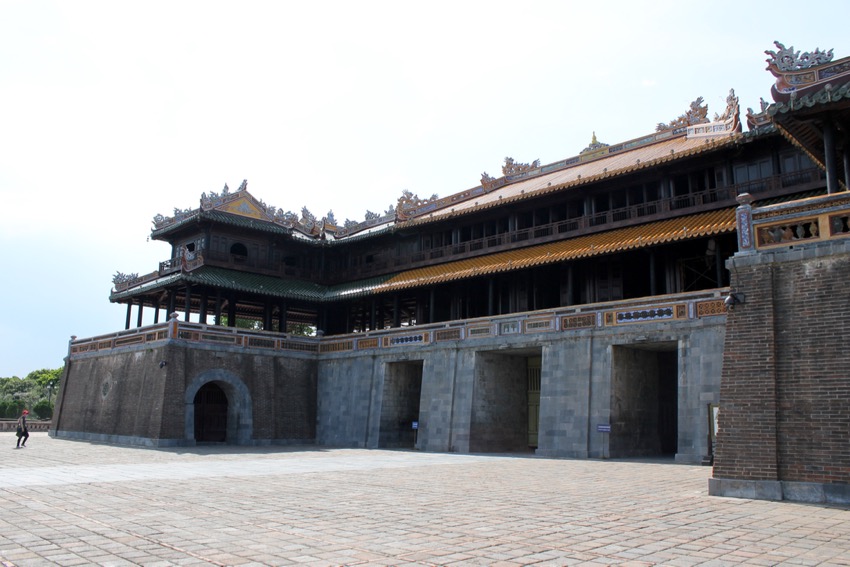 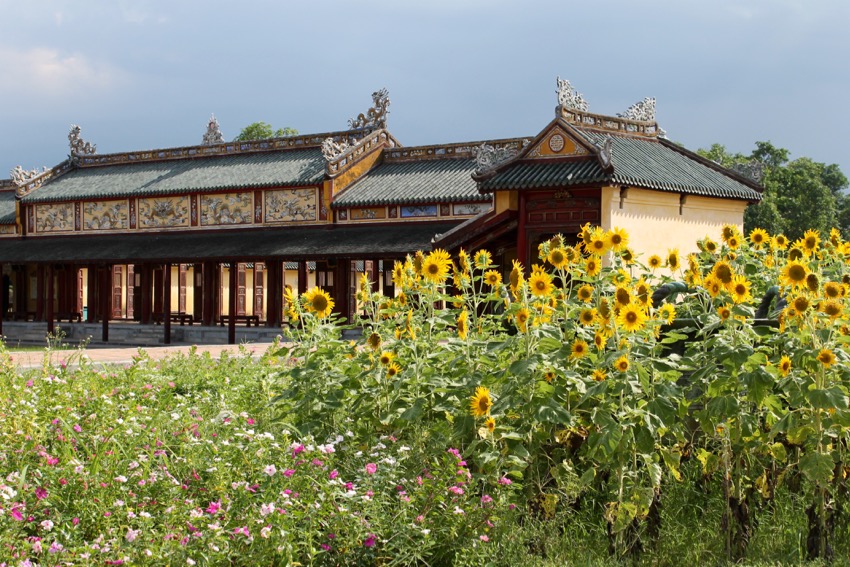 If you’ve enjoyed reading this post, you can support us! 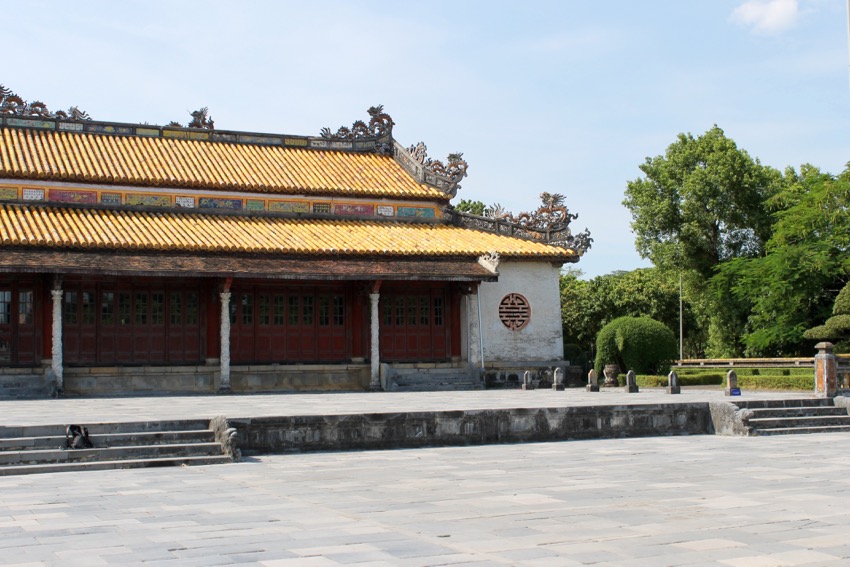 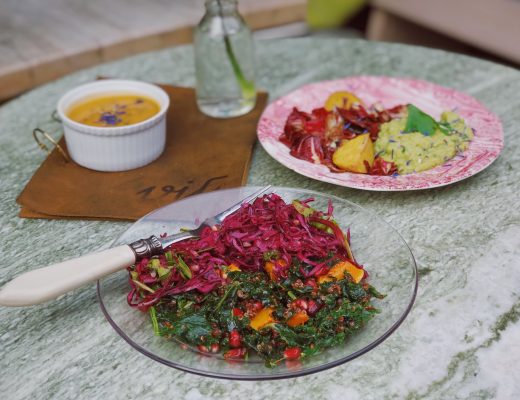 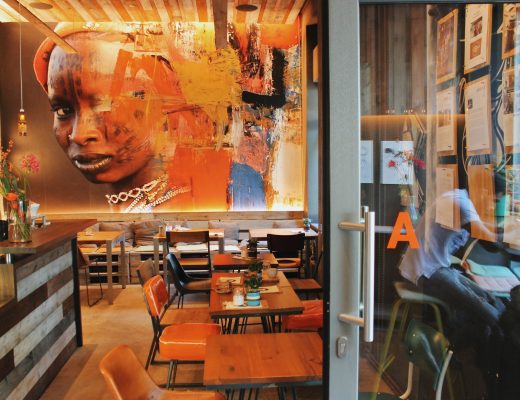 Where to Find Great Cafes in Frankfurt 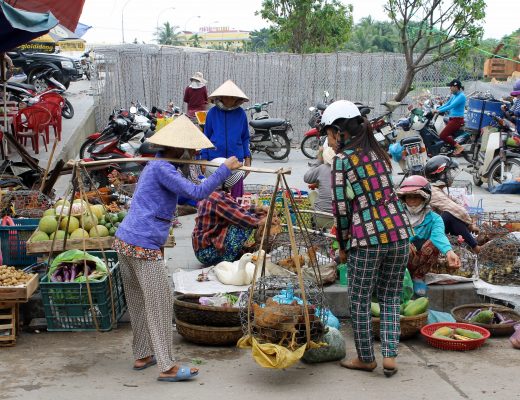 Why You Need to Put Hoi An on Your List